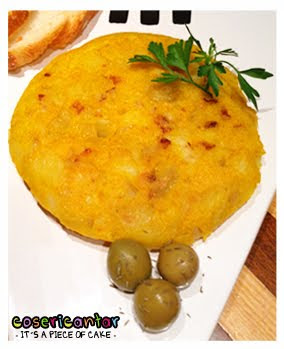 WIKI NOTE: During the Spanish Civil War omelette without eggs it became popular because it was lean season. It was done with a mixture of flour and water in place of eggs, but now it is part of the vegan Spanish cuisine. The false omelette, made with orange peels instead of potatoes was also implemented during the Civil War in Spain.

YOU WILL NEED: *This is a recipe for a small size tortilla.
1 large potato or 2 small potatoes
A quarter of an onion, to taste
Bunch of stale bread / 2 tablespoons of chickpea flour and 2 tablespoons of water
Olive oil
Salt , to taste
1/2 courgette (optional)


LET´S COOK!
1. Peel and chop the potatoes and the onion.
NOTE: (optional ingredients) Wash well and chop half courgette. Wash well and cut into cubes a bell pepper (any color).
2. Mix chopped potatoes and onion plus veggies (courgette and bell pepper) into a bowl. Add salt, to taste.
3. Fry the potatoes and onion in olive oil until they are soft. Remove with a skimmer and put into a strainer.
4. Put pieces of stale bread in water to soak. Drain the bread and mix with a blender.
NOTE: Add some flour, to compact the mixture (optional).
5.Add the beated bread to the fried potatoes and onion. Mix everything together
NOTE: Add a bit of turmeric and/or saffron, if you want a yellow omelette (optional).
5. Put the mixture in a small hot pan with a splash of virgin extra olive oil, wait a bit until it curdles and turn it over with a plate. Slide the other side of the tortilla into the pan and wait a bit until it curdle. Turn again if it is necessary. Then the tortilla is ready to eat.
NOTE: You can turn it as many times as you like, until the tortilla is well cooked.
7. Serve a piece of tortilla with salad or make a tortilla sandwich with a  roast bell pepper. Both are delicious ways to eat tortilla de patatas.
NOTE: A spoon of Aioli sauce is always great with tortilla de patatas.


WIKI NOTE: Aioli sauce or Allioli , from all i oli, Catalan for "garlic and oil", aioli is a typical paste-like cold sauce of Catalonia, Balearic Islands and Valencia. It is made by pounding garlic with olive oil and salt in a mortar until smooth.

YOU WILL NEED:
1 cup olive oil (aprox. 1/4l)
1 garlic clove or 2 small garlic cloves, to taste
A pinch of salt
A dash of vinegar or lemon juice 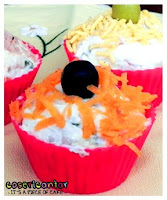 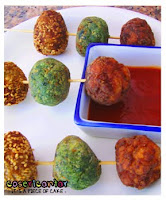 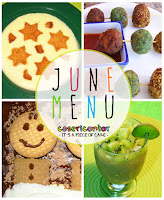 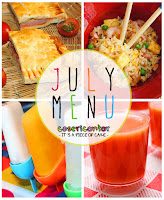 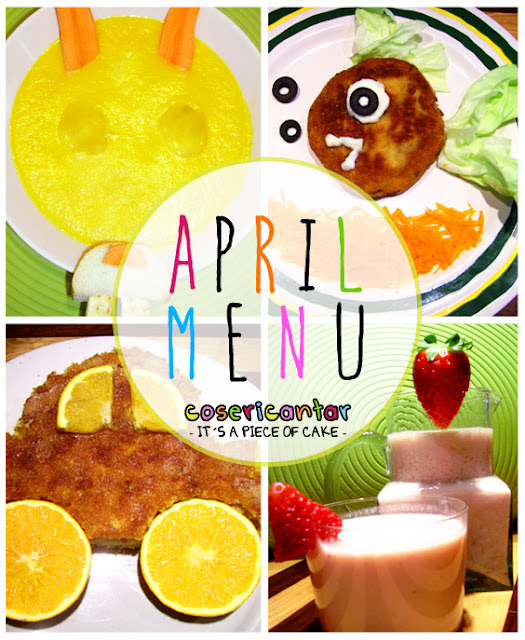