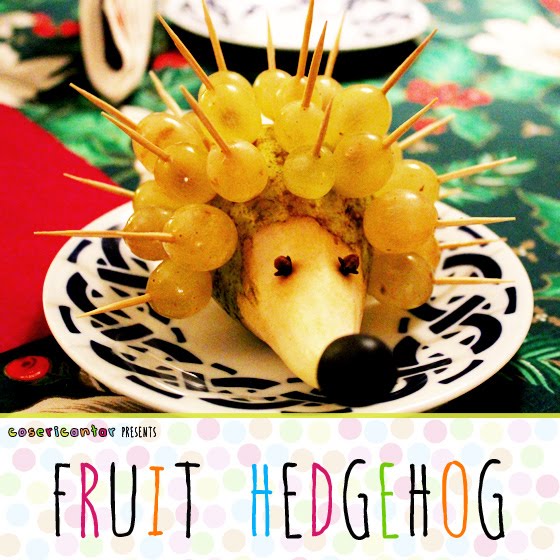 WIKI NOTE: In Spain, the actual countdown is primarily followed from the clock on top of the Casa de Correos building in Puerta del Sol Square in Madrid. It is traditional to eat twelve grapes, one on each chime of the clock. This tradition has its origins in 1909, when grape growers in Alicante thought of it as a way to cut down on the large production surplus they had had that year. The tradition consists of eating a grape with each bell strike at midnight of December 31st. According to the tradition, that leads to a year of prosperity. After the clock has finished striking twelve, people greet each other and toast with sparkling wine such as cava or champagne, or with cider.

Nowadays, the tradition is followed by almost every Spaniard (Spain, Latin American countries, as well as Hispanic communities in the United States, also the Philippines and Hay Flat, South Australia), and the twelve grapes have become synonymous with the New Year.

LET'S MAKE THE FRUIT HEDGEHOG!
1. Peel the upper half part of the pear that will form the snout.
2. Skewer the grapes in the toothpicks.
NOTE: At home, we make a hedgehog per couple, which means 24 grapes per hedgehog.
3. Poke them in that part of the pear that has the peel to form the thorny part of the hedgehog.
4. How to make the face: half black olive (nose), 2 cloves (eyes).
NOTE: You can also use this hedgehog to make a yummy fruit picnic. 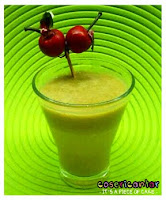 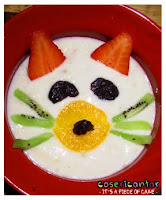 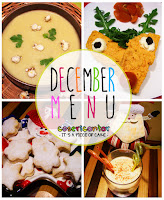 Posted by cosericantar at 10:58 No comments: