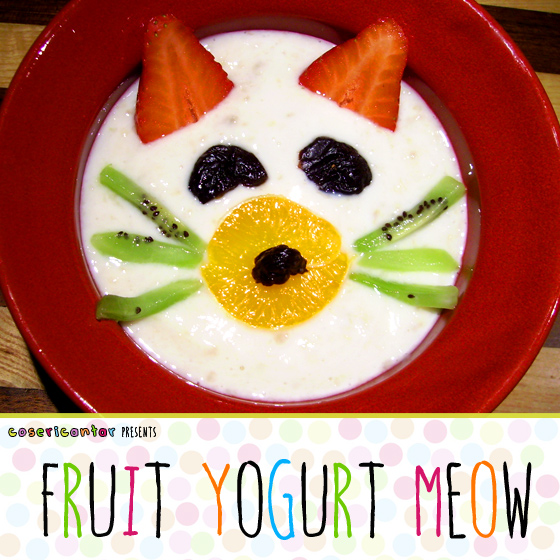 WIKI NOTE: In ancient Indian records, the combination of yogurt and honey is called "the food of the gods". Persian traditions hold that "Abraham owed his fecundity and longevity to the regular ingestion of yogurt". The cuisine of ancient Greece included a dairy product known as oxygala (οξύγαλα) which is believed to have been a form of yogurt. Galen (AD 129 – c. 200/c. 216) mentioned that oxygala was consumed with honey, similar to the way thickened Greek yogurt is eaten today.

YOU WILL NEED:*vegan recipe
2 natural yogurts /*soy yogurts (125g - small size container)
A dash of honey /*agave nectar, maple syrup or molasses (optional)
2 bananas
1 mandarin
1 kiwi
1 strawberry
1 raisin
2 prunes
NOTE: You can use any fruit you like, depending on the season. The fruit needs to be soft enough to be smashed.

LET´S COOK!
1. Peel and cut the bananas into pieces.Put the pieces of banana in a bowl and mash them with a fork until creamy.
2. Put the yogurts in another bowl and whisk them until creamy.
3. Mix cremy yogurts and the smashed bananasin the same bowl. Add a dash of agave nectar and mix everything together.
4. Cut the fruit to make the cat face: 2 prunes (two eyes), sticks of kiwi (whiskers), 2 halves of a mandarin slice (nose), 2 halves of a strawberry (each ear).
5. Serve the meow fruit yogurt into small bowls. 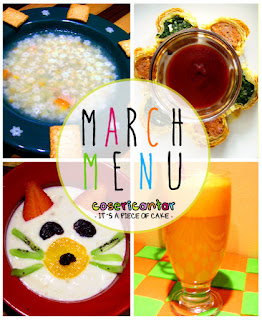 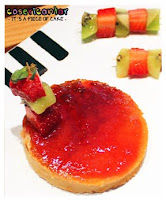 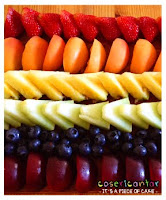 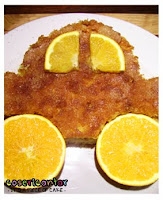