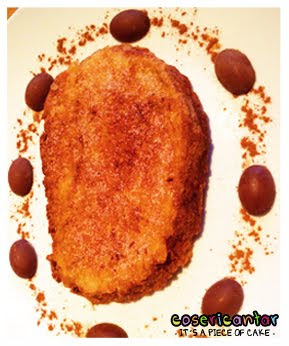 WIKI NOTE: Torrija is a typical dessert of Lent and Holy Week / Easter in Spain. However, desserts similar to Torrija exist under different names like French toast, pain perdu, arme ritter, etc in other parts of Europe, where its presence is documented since the Middle Ages. Emigration has popularized them in South and North America.

NOTE: Depending on the type of bread, there will be different sizes of torrijas. The most important thing is that the bread has to have a lot of crumb.

1. Cut the bread into thick slices (around 2 or 3 centimeters width) and place them in a tray/baking pan.
NOTE: It is important to use thick slices of stale bread, that way the slices rarely break at the step of soaking.
2. Clean the lemon and cut the rind without white part. Cut in half the cinnamon stick, if it's too long.
3. Put the milk, lemon rind and cinnamon stick in a saucepan over low heat for about 5 minutes. Remove from heat and let it warm.
4. Pour the milk mix over the slices and let them soak until there is no milk in the tray, at least 5 minutes per side (approx. 10 minutes). If there is no milk enough for all the slices, do a little more.
NOTE: The timing of soak will depend on the type of bread, just be careful because the too much soaked slices will break.
5.  Put flour in a plate. Beat eggs or mix chickpea flour and water in a bowl.
6. Drain the milk from bread slices, if it's necessary. First, batter the slices of bread into the flour. Second, dip it into the beaten egg.  It is a double action.
7. Heat the olive oil in a saucepan. Fry the slices of bread, one by one depends on the size, until golden brown on each side.
8. Remove them from saucepan and drain with kitchen towels
9. Mix sugar and ground cinnamon in a bowl. Sprinkle each side with the mix and let them cool a little bit.
10. Serve the torrijas on a tray or by unit placing the torrija in the center of a plate.
NOTE: You can spread honey or agave nectar over the torrija to make it sweeter. 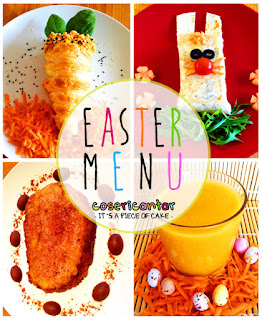 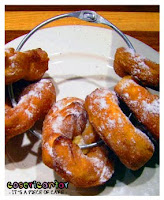 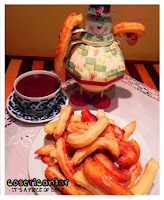 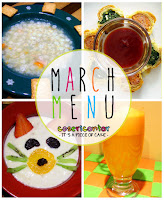 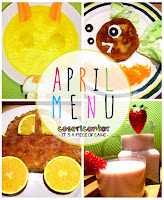